Seven Franciscan Sisters of Mary attended the “Cairns at the Confluence Reception” Sunday afternoon, March 24, at the Bonsack Gallery of John Burroughs School in Ladue.

On display were a number of watershed-inspired works of art featuring cairns by Libby Reuter and photography by John Rowan. 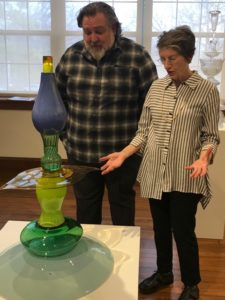 The reception was sponsored by the Missouri Coalition for the Environment, which is celebrating its 50th anniversary this year.

This cairn is named for Gaia, the personification of the Earth and the mother of all the gods in ancient Greek mythology. The Gaia Cairn, made of translucent and white glass, embodies bot the spiritual aspect of this well-cared-for land and the scientific study of the complex interaction of people, insects, and animals with flowing water. 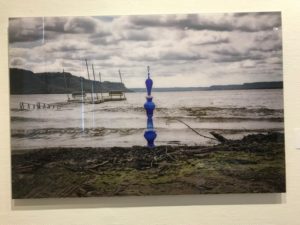